Home / Publications / The Once and Future Liberal. After Identity Politics

The Once and Future Liberal. After Identity Politics 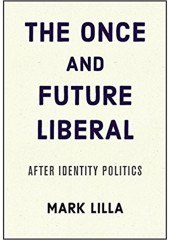 From one of the country’s most admired political thinkers, an urgent wake-up call to American liberals to turn from the divisive politics of identity and develop a vision of our future that can persuade all citizens that they share a common destiny.

In The Once and Future Liberal, Mark Lilla offers an impassioned, tough-minded, and stinging look at the failure of American liberalism over the past two generations. Although there have been Democrats in the White House, and some notable policy achievements, for nearly 40 years the vision that Ronald Reagan offered—small government, lower taxes, and self-reliant individualism—has remained the country’s dominant political ideology. And the Democratic Party has offered no convincing competing vision in response.