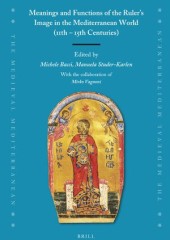 Edda Vardanyan,“The Royal Portrait in the Het‘um Lectionary (1286) and the Genealogy of Christ in the Art and Ideology of the Armenian Kingdom of Cilicia”, in Meanings and Functions of the Ruler’s Image in the Mediterranean World (11th – 15th Centuries), Edited by Michele Bacci, Manuela Studer-Karlen, with the collaboration of Mirko Vagnoni, Leiden- Boston: Brill (Series: The Medieval Mediterranean, Volume: 130), 2022. p. 95-133.

In manuscript illuminations produced in the Armenian Kingdom of Cilicia,1 the establishment of the royal portrait as a genre and as an expression of royal ideology is linked to King Lewon ii (r. 1271–1289), whose reign marked the apogee of this kingdom. Five portraits of Lewon have survived from the second half of the 13th century, the earliest among them representing him as heir to the throne and the later ones as a sacred king.2 The last portrait of Lewon – marking the end of his reign – appears in a lectionary of 1286, copied and illuminated on the order of his eldest son, Prince Het‘um.3 Known as the Prince Het‘um Lectionary, it is richly illustrated and has been the subject of several studies.