Home / Videos / Watch the ICA4 roundtable: "Challenges and issues of AI in the next 20 years"

Watch the ICA4 roundtable: "Challenges and issues of AI in the next 20 years" 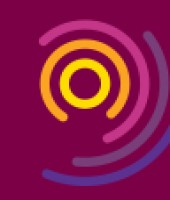 Interdisciplinary roundtable organized by the Paris Institute for Advanced Study as part of the Intercontinental Academia 4 (ICA4), with the support of UBIAS, RFIEA Foundation, Rennes School of Business, and the laboratory AMSE (Aix-Marseille School of Economics).

The Intercontinental Academia (ICA) seeks to create a global network of future research leaders in which some of the very best early/mid‐career scholars will work together on paradigm‐shifting cross‐disciplinary research, mentored by some of the most eminent researchers from across the globe.

The 4th edition of the ICA explores the complementarities between artificial intelligence and neuro/cognitive-science and the tremendous challenges and opportunities they raise for humanity.

This public roundtable organized by the Paris IAS during the october session of ICA4 brings together the best specialists on these issues in order to present the research challenges and societal issues related to AI and to set an agenda for future research.

Watch the roundtable of October 22:

- Saadi Lahlou, director of the Paris Institute for Advanced Study, Chair in Social Psychology at the London School of Economics and Political Science.